Field Weapon Platform 12 is an infantry support drone that carries heavy weapons, additional equipment and a battery charging system, as well as an oxygen compressor, and any other ammunition that a mobile infantry squad may need in a long raid. It can also carry heavy tactical shields. Mule is an essential asset of the squad.

Unlike earlier models, this three hundred kilogram armored assistant has four legs instead of tracks, which increases its maneuverability and controllability. This robot has a relatively low level of Artificial Intelligence. A regular specialist can operate the drone or its weapon manually. Mule can also carry a Viper reconnaissance drone.

Soldiers can easily use this machine not only as a weapons platform but also as mobile cover.FWP 12 is fully adapted for transportation by “Flounder” armored carriers, in which case it can act as a second, remotely controlled turret. 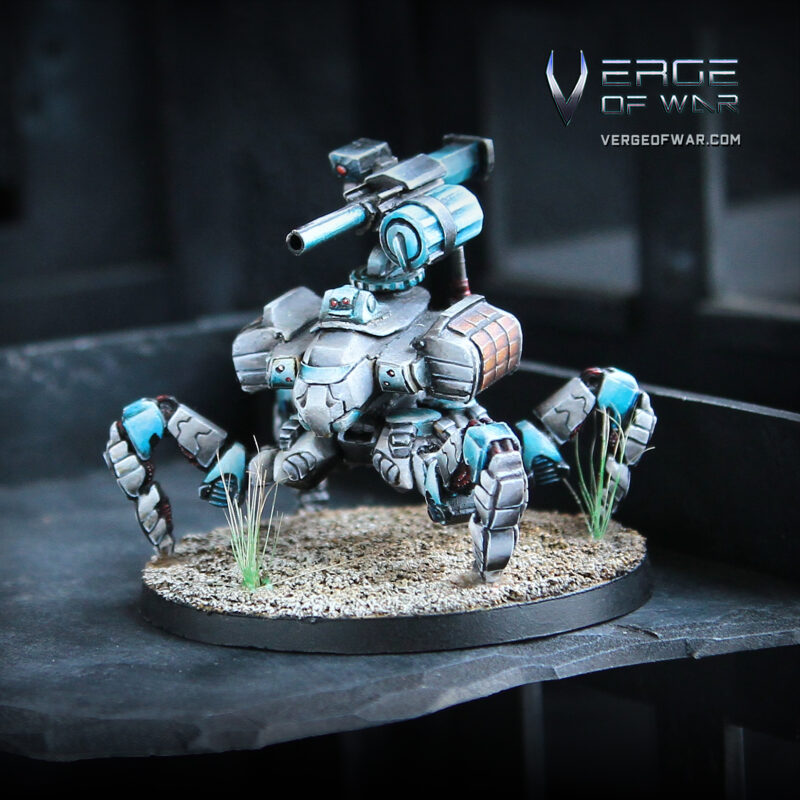