Asgar are one of the oldest races in the Galaxy. At the dawn of their age, ambitious and powerful Asgar waged wars against other civilizations and wiped them out. They’ve always acted in a cynical and violent way pursuing their own interests and satisfying their ego.

At certain point, the Asgar got used to playing gods, mentoring the younger races, giving more to ones and less to others. To see how some of the young races handle crises, the Asgar orchestrated cataclysms and observed. Not all managed to survive.

The Asgar founded the Galactic Council to control development and expansion of other civilizations, and everything worked as intended until disaster came.

Only heads of the Asgar Houses knew all details of the Invasion of the Others. This problem had to be kept secret, for gods are almighty, and none could know they aren’t. Asgar managed to win that war, but scars left by it were terrible: hundreds of devastated star systems. The terrible conflict weakened the Asgar civilization beyond recovery, transforming it into a broken shell of a once mighty galactic sovereign. For those who still cared about the fate of their people, a question arose: what if the Others return? 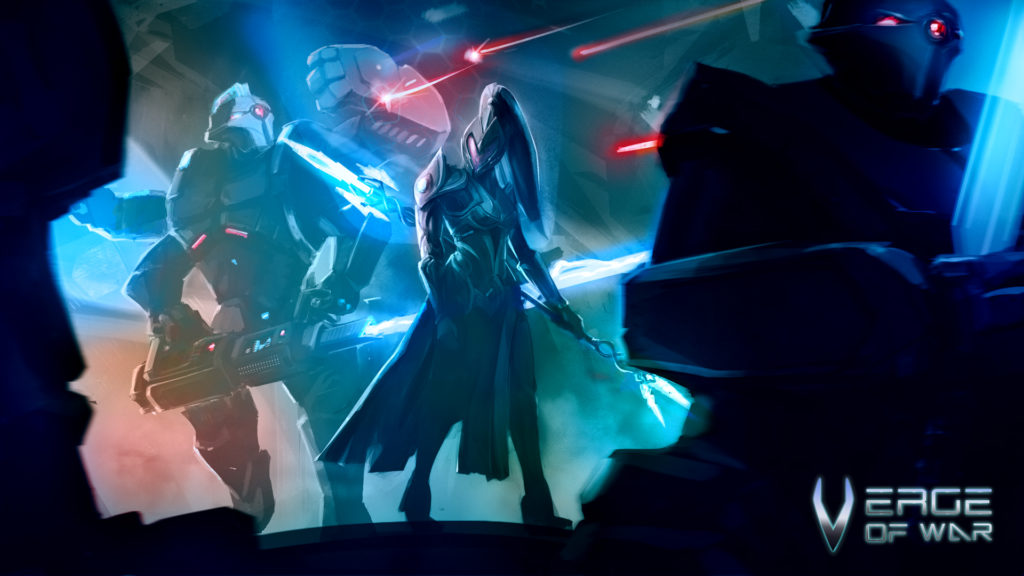 Lady Atene launched the Legacy project – an audacious endeavor to create an ultimate biological weapon. For this, she restricted access to an entire sector. She knew well that the Others would return, as all Asgar did. And they all understood that the hegemony did not have enough power to face this threat for the second time. Most of the Asgar became indifferent of everyone’s and their own future and decided to dedicate their long lives to experiencing as much pleasure and impressions as possible before the Galaxy dies. That is why most of them made little account or were completely apathetic about the Seit invasion and establishment of new order in the Galaxy. The Seit were not a threat to the Asgar civilization, and obviously, the Seit could not stop the Others when they strike again.

Atene was the only one who did not surrender. She worked on to create an absolute weapon and save her race from extinction. Internal conflicts of the Great Houses forced the Asgar to leave the planet where experiments took place, and for millennia, the weapon slowly evolved on its own.  PHYSIOLOGY

Perpetual improvement of themselves and everything around them was the way of the Asgar. Genetic and cybernetic modifications led to the threshold of divinity.

All Asgar are powerful psionics, capable of telepathy and telekinesis. 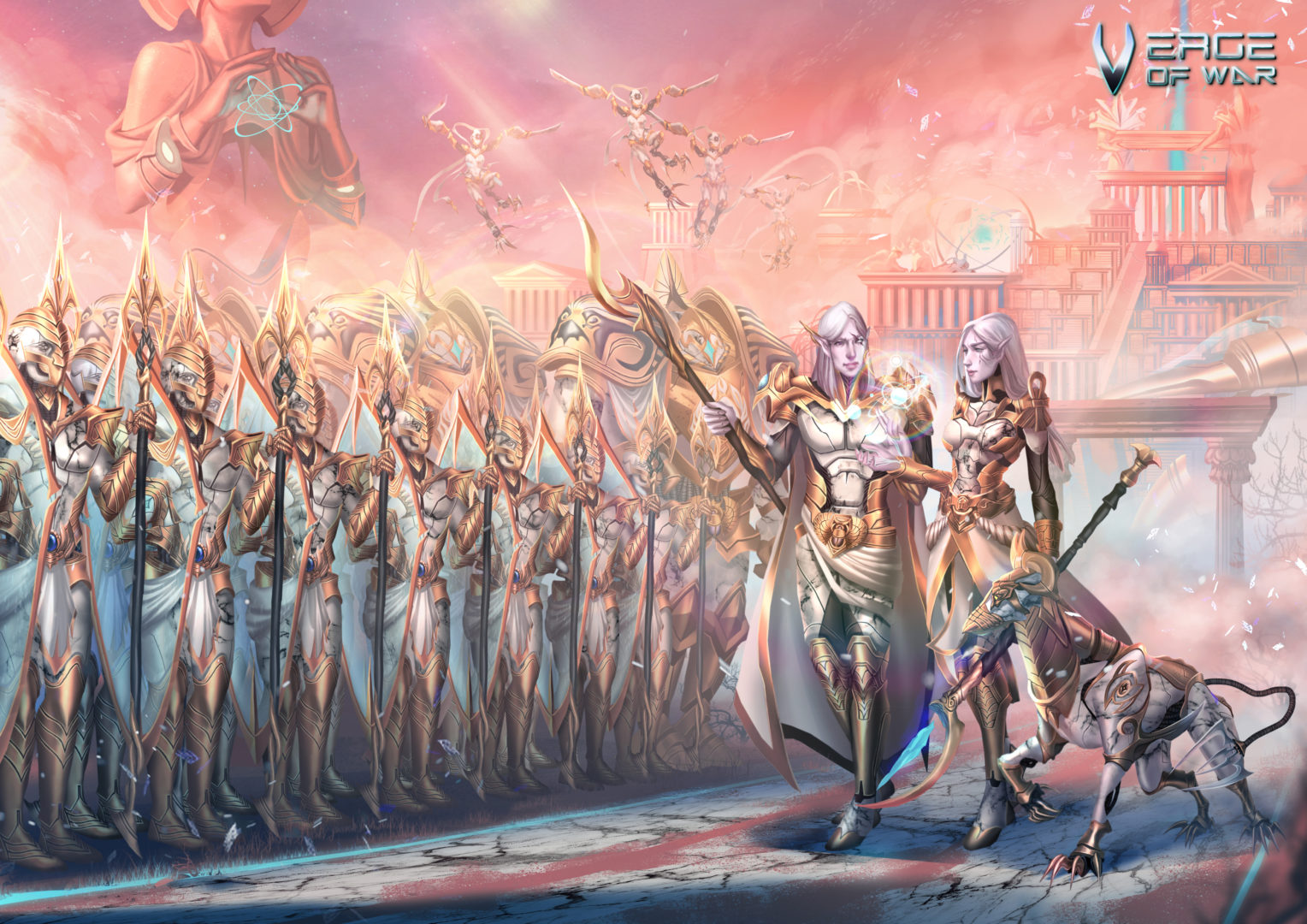 They are beautiful, physically strong humanoids with pale skin, silver hair and blue eyes. Asgar immunity and regeneration are unmatched, thus they are nearly immortal. In fact, their bodies do get old in the course of extremely prolonged lifetime, but when the need arises, a new clone is created to host the same consciousness.

Some Asgar designed non-typical bodies for entertainment or special needs, and transferred their minds into them. For instance, Heron used a body that had a lower part of a horse. Political Order

The Asgar society is ruled by a council of Great Houses, and its decisions are passed by the head of a ruling House. Now it is Dionysius of House Ella.

Ella (Greek gods) – at present it’s the most powerful House, ruled by Dionysius, son of Zeus.

Ra (Egyptian gods) – once one of the greatest, now this House is almost inexistent.

As (Scandinavia) – an ancient House famous for its martial traditions.

Draco (China) – a House of great scientists and philosophers.

WHO REPRESENTS Asgars ON TABLETOP? 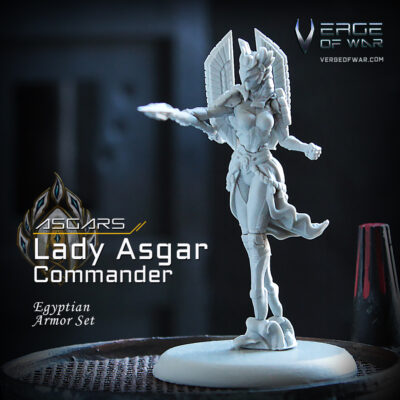 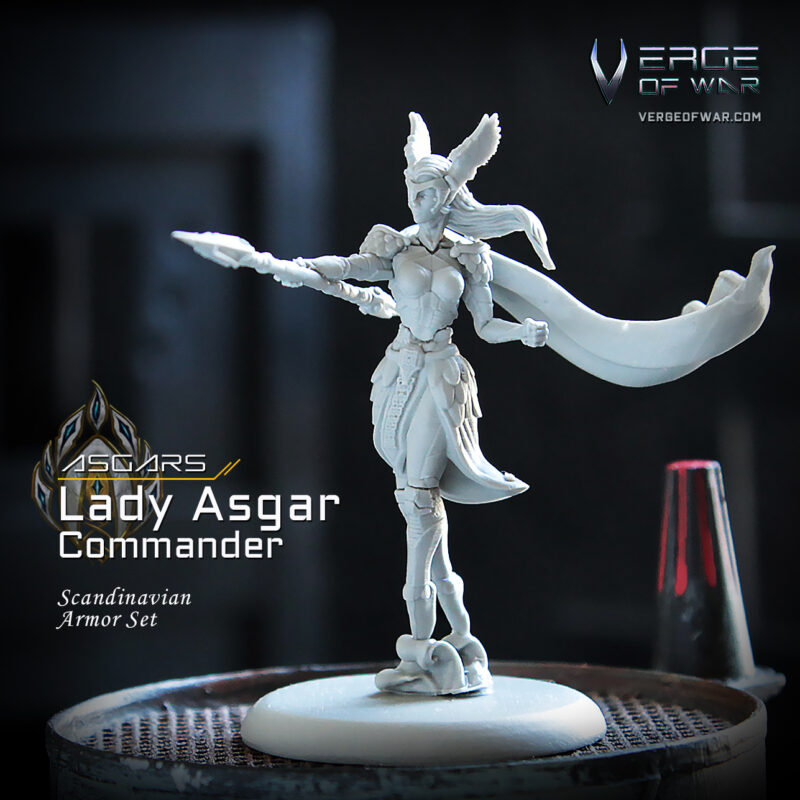 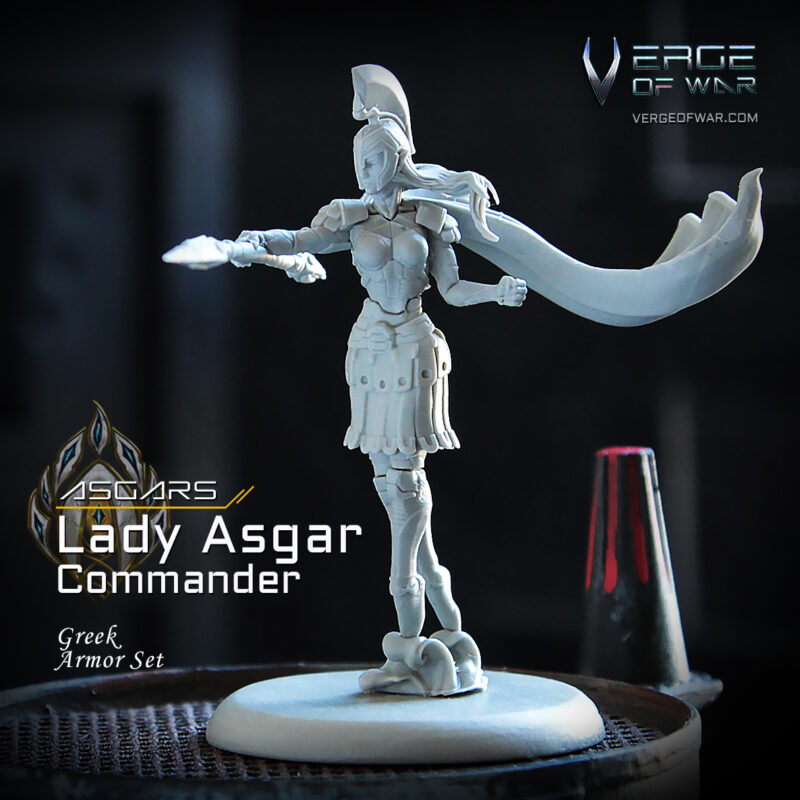 Ra (Egyptian gods) – magnificent heroes in golden armor. They are an ideal and example for all other Asgars. At least, so they said.

Greek armor set:
Ella (Greek gods) – this Asgar great house stands on progress and manipulation. They don’t have powerful weapons and settle most of the matters by proxy.

Atlases is the artificial servants of the Asgars, they perform day to day duties in asgars temples and even can amuse their Asgar master in various ways, like acting, debating or even training combat. Their AI is so high that they can be called alive, but still they only servants, bound to their masters.
Then Asgar march to combat the Atlases is their bodyguards and a main support unit, bearing different field projectors to cover the forces around them, or improving their defense capabilities. 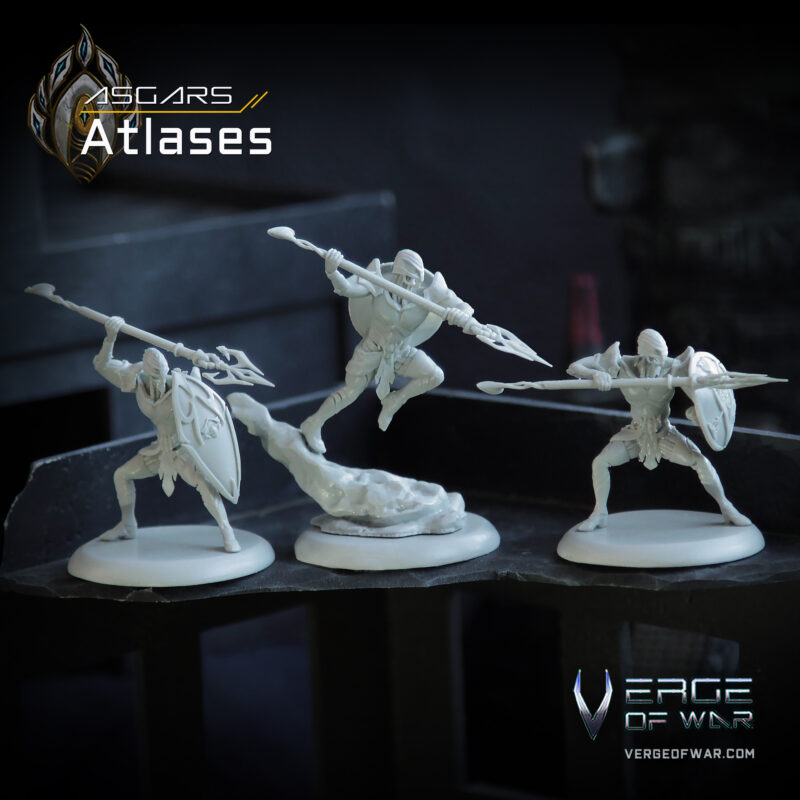 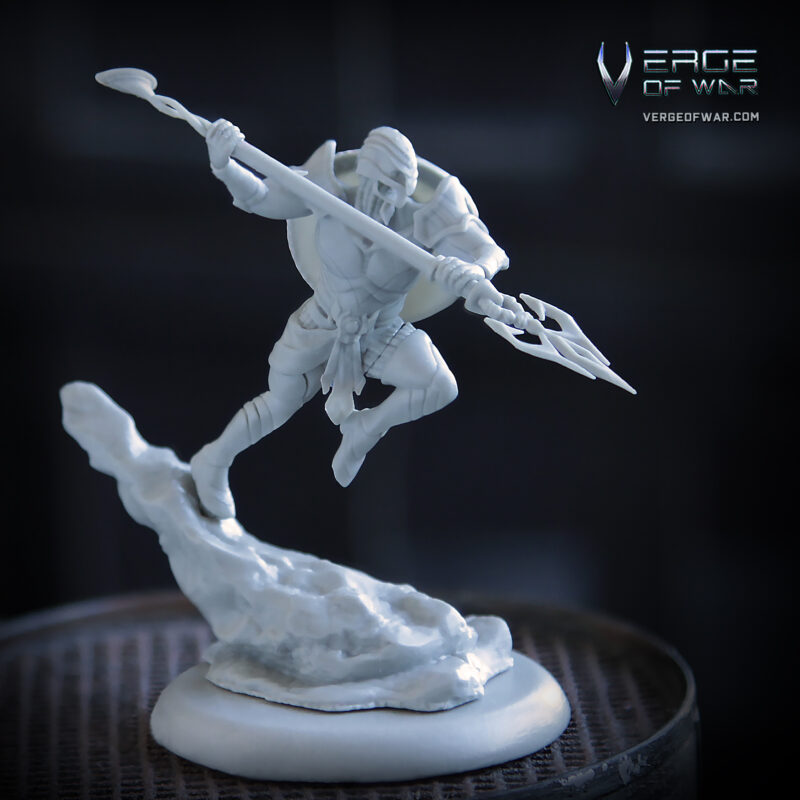 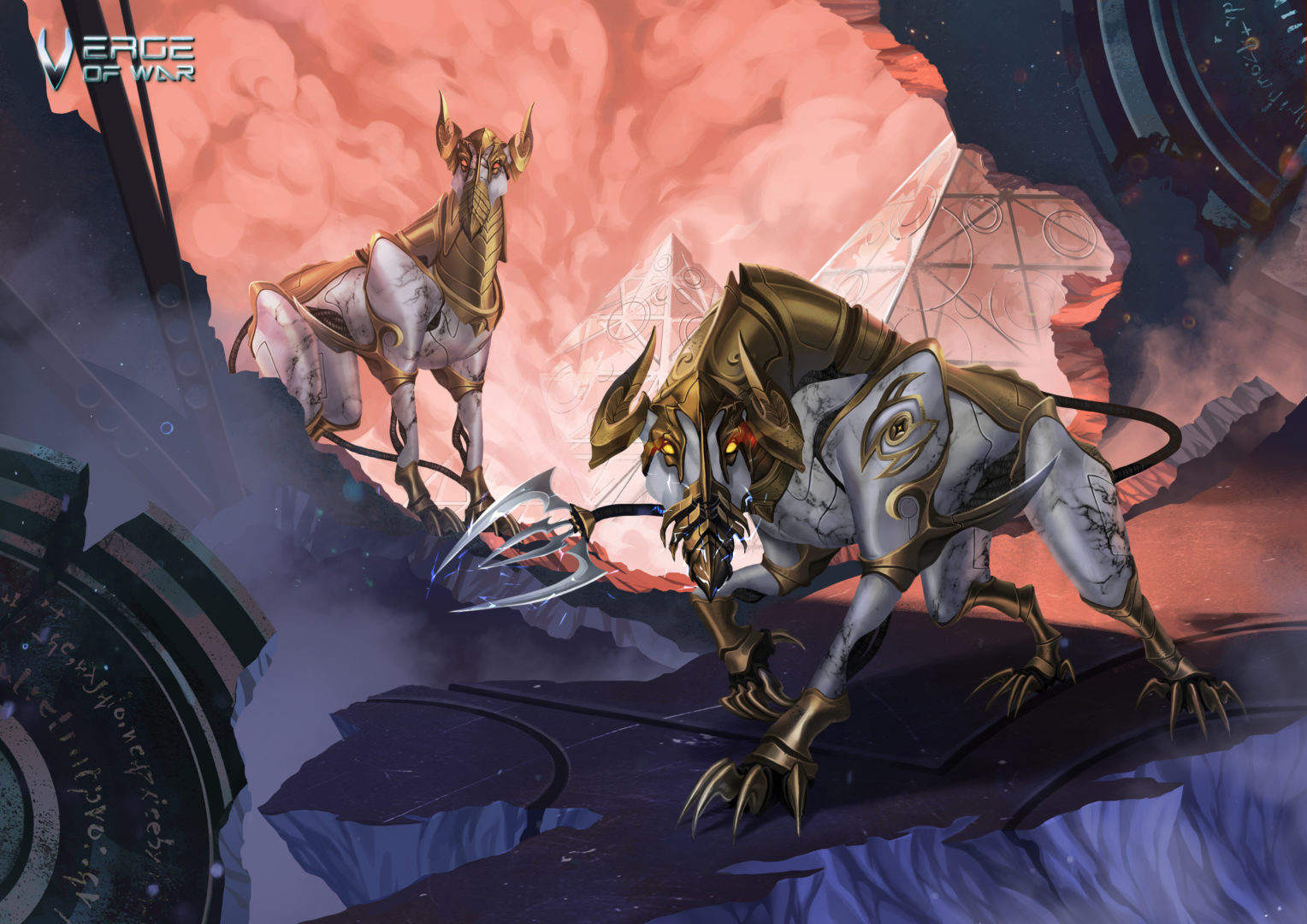 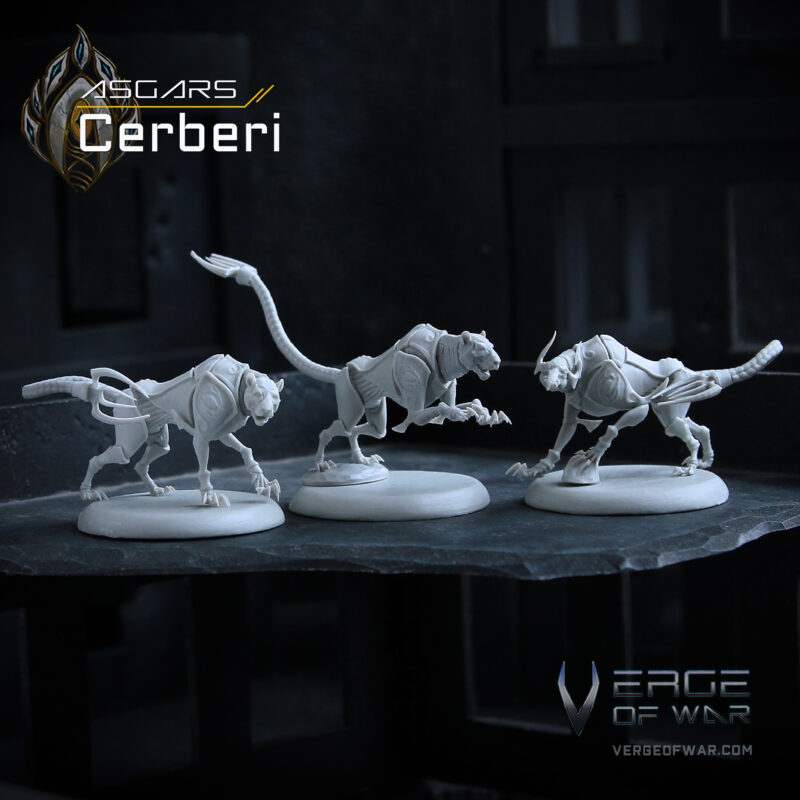 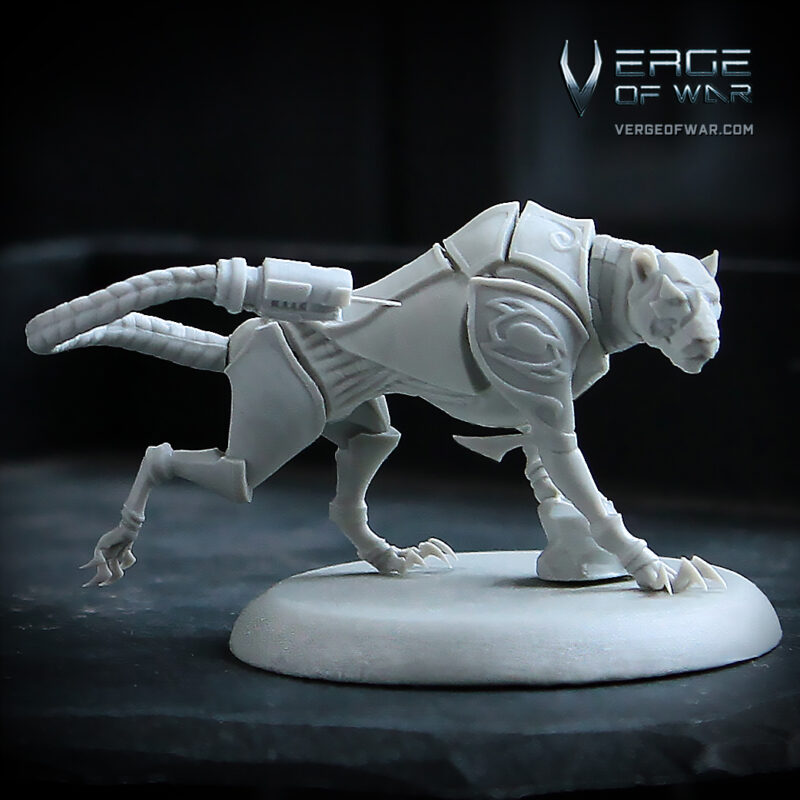 Cerberi are used for guard duty or accompany their master to the hunt. They ravened for Anubis and Odin. They guarded Hades’ and Hathor’s homes. They are graceful and efficient machines, capable of chasing down prey for a long time or holding a position, not letting enemies through.

Each Cerberus is a masterpiece, embodiment of power and grace, made from a light but extremely durable metal. They usually resemble dogs, but some models are shaped as felines. Their main weapon is a gravity jaw, but additional grav-blades can be installed as claws and elbow spikes.

Fast chaser robots designed to pursue and board enemy flying vehicles. They are used in boarding assaults and as highly maneuverable units to support Asgars with rapid flanking strikes.

Harpies are synthetic assault units with wing-shaped hover engines. Their bodies have distinct female shapes, torsos and heads have inbuilt holoprojectors creating illusions of irresistibly attractive features for any race that sees them. Long arms end with terrifying grav claws. 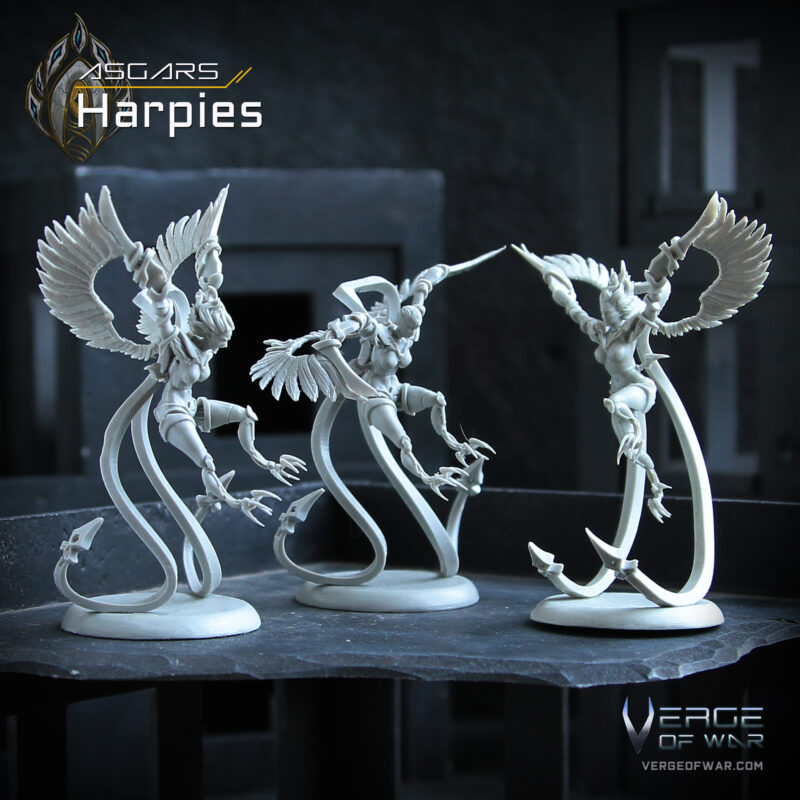 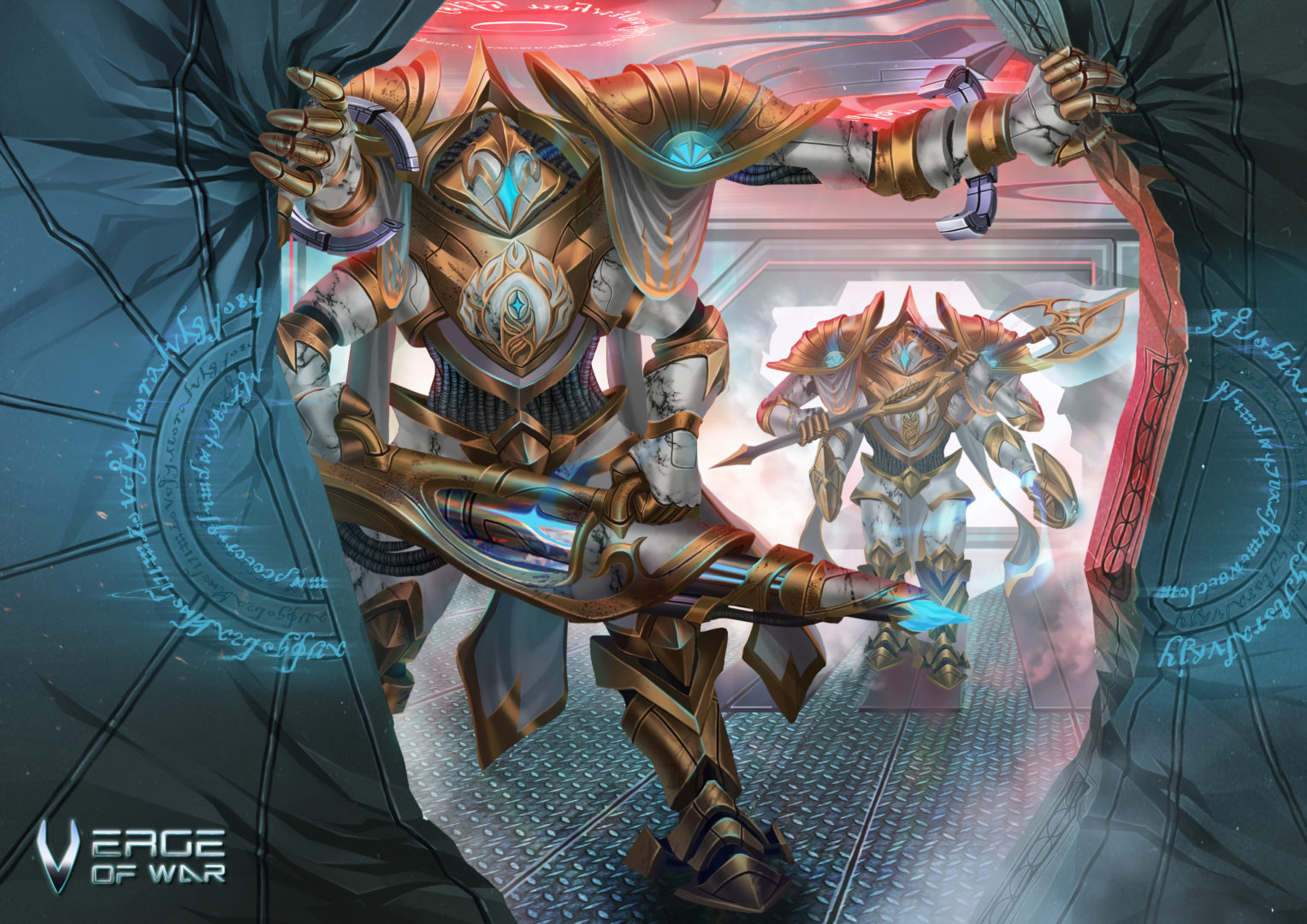 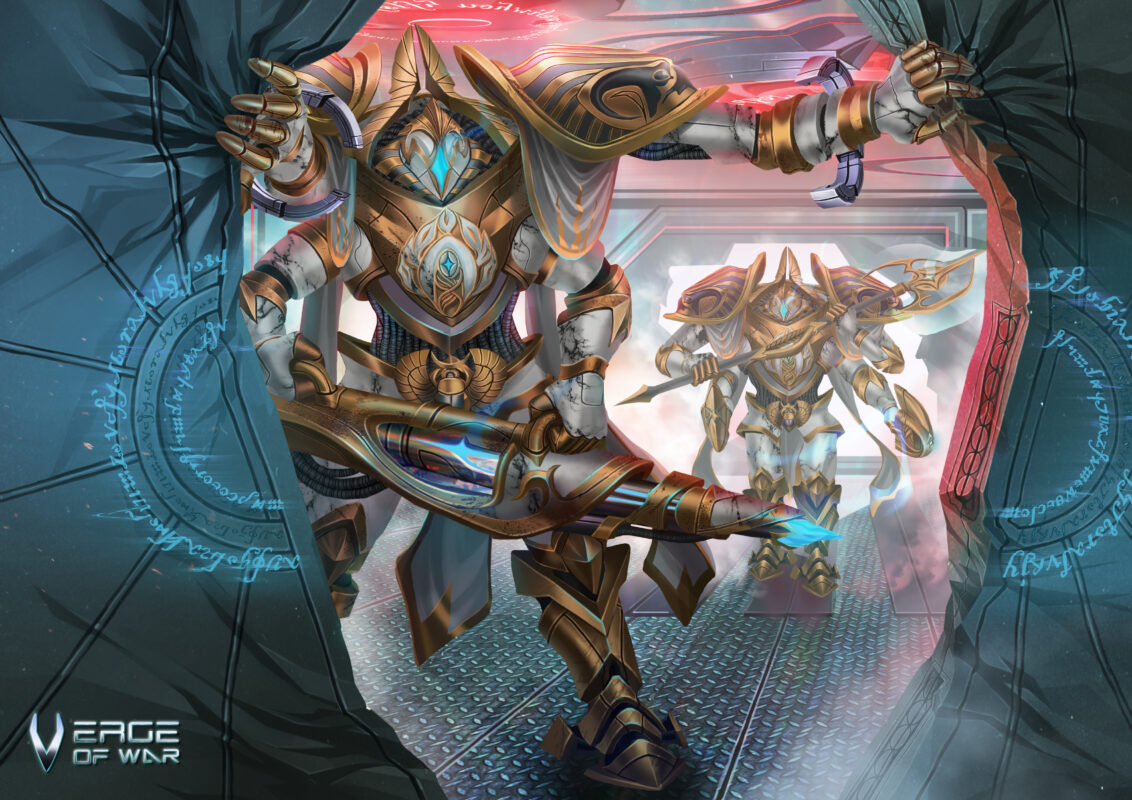 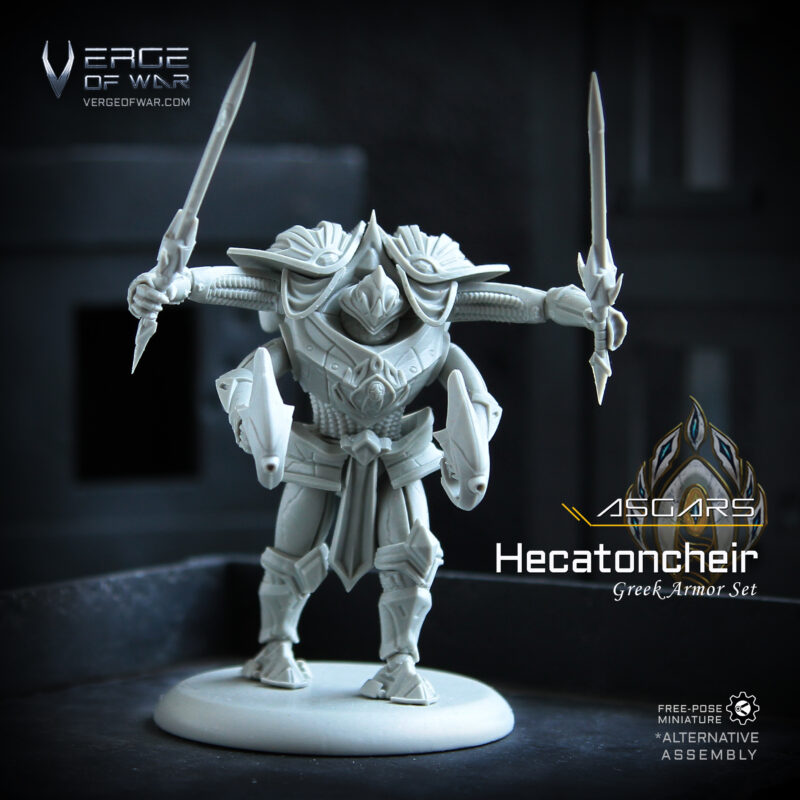 Hecatoncheires are the Asgars most fearsome warriors, this tall coustructs are the weapon of destruction and terror for the enemyes of their masters. Protected by gravity shields and armed with any weapon in vast arsenal Hecatoncheires are capable of annihilatiang any foe, from a scores of infantry to the thickest armored tank.

Sphinx is a high-tech status weapon so the Asgars makes them elegant and curly. These beautiful machines are often simply decorating with Asgar cities and estates. Due to the fact that land operations are almost never happens, and the Asgars don’t wage а full scale wars – Sphinxes become more of a decoration, a tool to show the power and wealth of the owner and also scare and impress younger races.

Therefore, in modern sphinxes, many things of appeared which are extremely doubtful for a combat vehicle. For example – a bright coloring, accessories that have a purely aesthetic value and the tail emitter is not greatly optimized for all-rotation fire. But since most of the time Sphinxes just stand in front of the Asgar estate and some times carry their masters on their backs, all of this doesn’t matter for the Asgars. 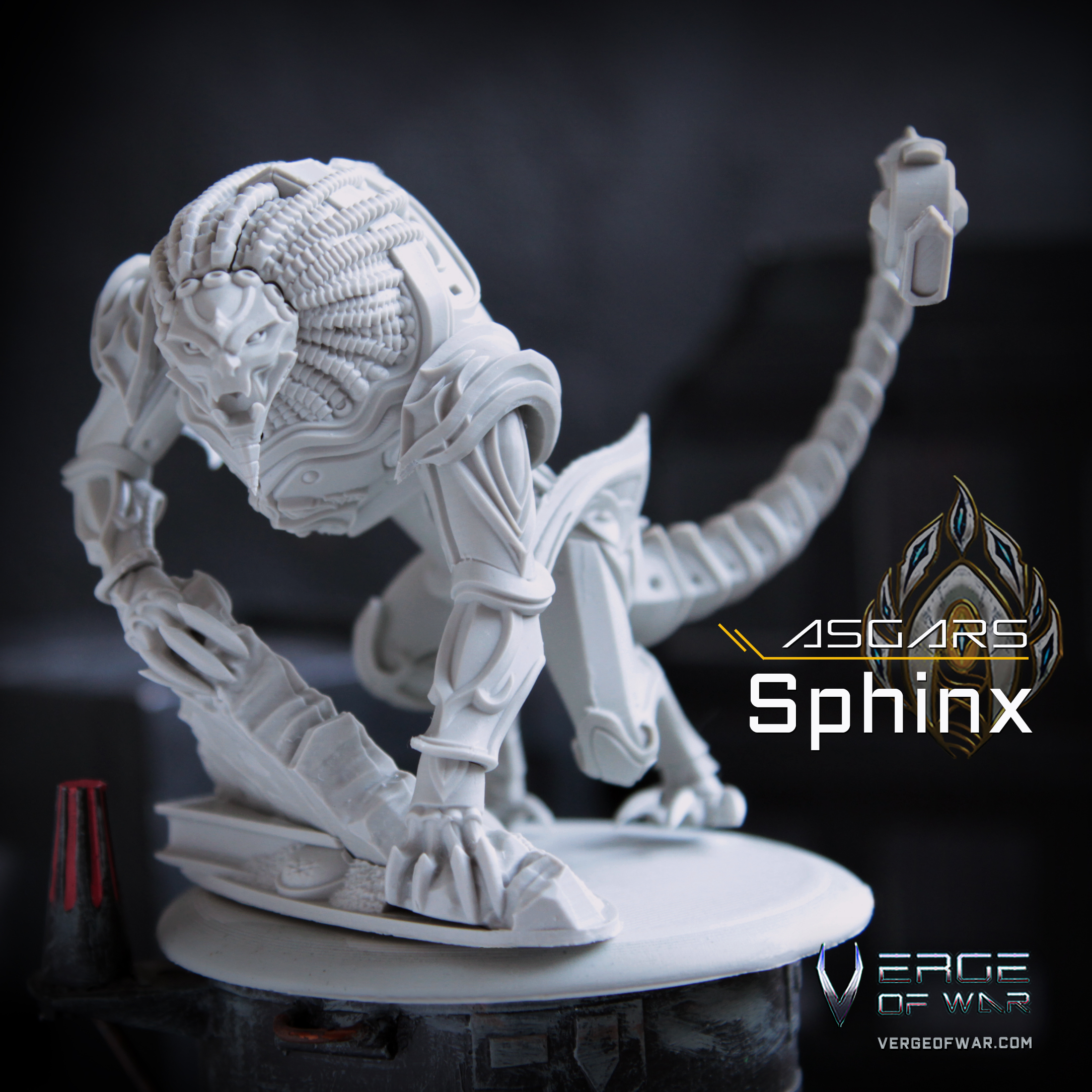 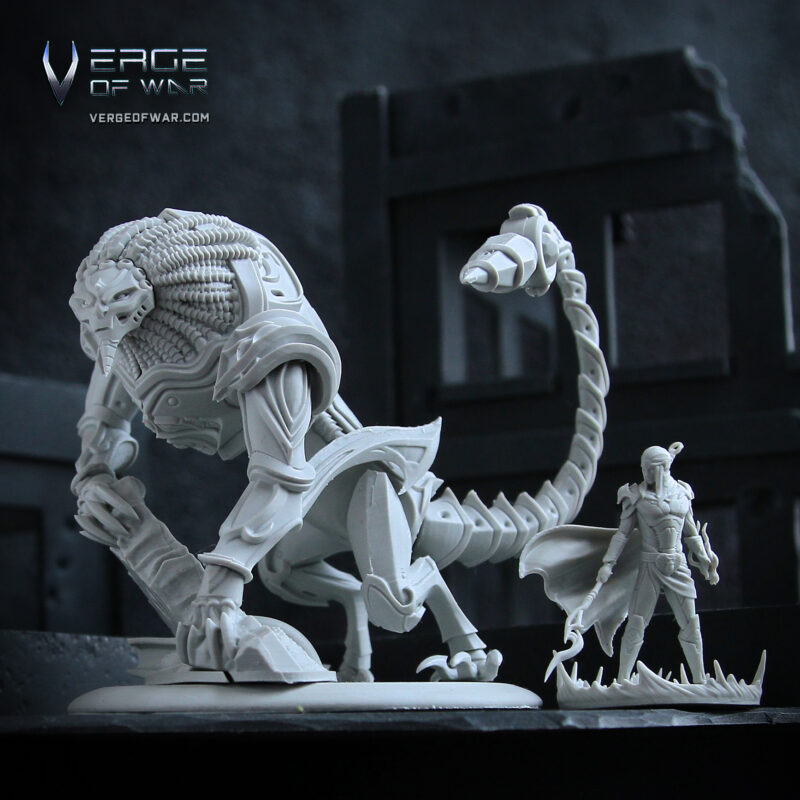